Founded in 1991, Industrie Consult International M&A GmbH, Dusseldorf, is an independent internationally operating management consultancy that specializes in Mergers & Acquisitions. Industrie Consult acts in an advisory capacity to medium-sized businesses and entrepreneurial families as well as to large-scale businesses and handles all stages of the envisaged transactions (complete to partial acquisitions and divestments to either financial or strategic investors; raising of equity/bank finance). Industrie Consult also advises its clients on management buy-outs/buy-ins, leveraged buy-outs, transformations, joint ventures and cooperations. 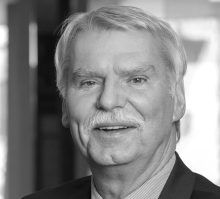 Before joining Industrie Consult in 2001 Herbert Bucking worked for Citibank Group at its international locations in the 1970s/1980s. He acted in an advisory capacity to multinational conglomerates (focus: international banking) and was also responsible for treasury management.
He then worked for the WestLB Group (focus: corporate/investment banking). He mainly serviced medium-sized clients and handled primary capital market transactions.
As partner of Industrie Consult he advises clients on carrying out both domestic and international M&A transactions (focus: logistics, services, construction, machinery and equipment). 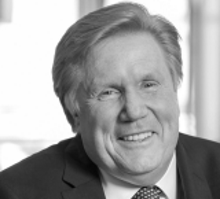 After having completed his studies with a degree in economics at the University of Siegen, Rudiger Goll first worked for Volksbank Siegen as credit clerk. Later on he joined Bayerische Vereinsbank in as corporate accounts officer at its new branch in Dusseldorf. He acted in an advisory capacity to both medium-sized businesses and big international groups of companies.
He then joined Banque Paribas where he built up the bank’s German and international M&A business and became the sector’s managing director.
In 1991 Rudiger Goll founded Industrie Consult. He is the company’s managing partner and also the co-founder of the international euroMerger Group. 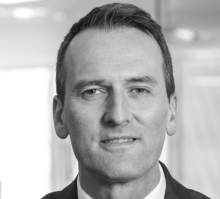 Fritz Koop joined Industrie Consult as partner in 2016. In over 25 years of professional practice, he has closed numerous transactions. Mr. Koop held important executive positions with banks, (private equity) investors or medium-sized companies and has thus been able to build up a profound expert knowledge. As senior consultant, Mr. Koop advises banks/funds i.a. on their portfolio development as well as medium-sized companies on financing issues and M&A processes.

Fritz Koop successfully realized a broad range of national and international transactions where he acted as lead executive manager. Among these are acquisitions, M&A and buy-out projects as well as leveraged finance and refinancing processes. 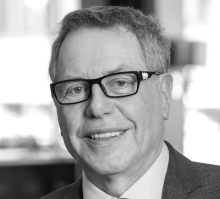 After having graduated from Rheinische Friedrich Wilhelms Universitat, Bonn, with a degree in physics (doctorate: plasma physics), he joined companies such as Carl Freudenberg, Brose, Vereinigte Kunststoffwerke and EMS Chemie.
Dr. Lenoir then got active in the M&A business, first as Managing Director/Partner of Steiger Engineering AG, later as Managing Director of ATCO Duesseldorf, a private equity company. He then joined NatWest Equity Partners in London which later became Bridgepoint Capital Ltd. He was one of Bridgepoint’s co-founders and Managing Director of Deutsche Beteiligungsgesellschaft.
In 2006 Dr. Lenoir joined Industrie Consult on a project-by-project basis. 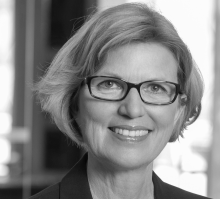 After studying economics at the WWU in Münster, business graduate Elisabeth Prigge worked abroad for ten years. After two years in controlling at VDO Instruments Pty. Ltd., she became managing director of Metabo Pty. Ltd. in Australia. In 1991, she joined VDO in the Netherlands and France as managing director.

From 1995 to 1998, Ms. Prigge was responsible for the group and financial accounting of mg Technologies AG (M-DAX), which was undergoing a restructuring process at that time.

Afterwards Ms. Prigge worked as CFO for various stock-listed companies of the consumer goods industry and the service sector. Most recently, from 2012 to 2016, she was CFO of Schaltbau Holding AG, a traffic technology group.

From 2011 to 2012 Ms. Prigge acted as independent management consultant focusing on finance, process and restructuring issues. 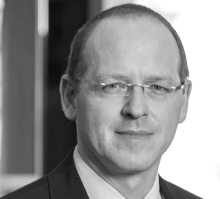 After graduating in biology incl. IT Prof. Dr. Schinkothe became a graduate Doctor of Medicine and worked at the oncology clinic of the University of Cologne for several years.
He has been active in the business world for many years, e.g. as Managing Director of the companies TumorTec GmbH, TIAN Medical Consulting GbR and Evimed Online GmbH.
He taught at different universities, both at home and abroad. At present he teaches at the Ludwig-Maximilian-University in Munich and also heads the Institute of Innovation and Medicine, Munich.
Prof. Dr. Schinkothe joined Industrie Consult in 2012 and primarily advises German and international clients involved in the health care and IT sector. 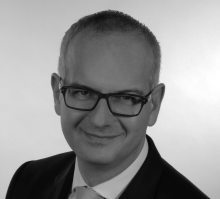 Rodryk Schönfeld has been working as a partner for Industrie Consult since 2018. The graduate industrial engineer has more than 20 years of professional experience in M&A, strategy consulting, private equity as well as CFO and managing director in a medium-sized company.

After graduating from the Technical University of Braunschweig in 1998, he worked as a management consultant for Roland Berger in Berlin and Warsaw (Competence Center Restructuring & Corporate Finance), UBS Investment Banking, Sal. Oppenheim (M&A) and Mediobanca (M&A). Prior to joining Industrie Consult, he was CFO and managing director of a medium-sized company in the sports industry with sales of around € 100 million, which he had previously acquired as investment director for a family holding headquartered in Hamburg. 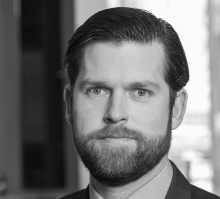 After completing a bank apprenticeship at Deutsche Bank, Frankfurt am Main, Benjamin Steinkrüger studied business administration at the Universiteit Maastricht, Netherlands, and at the University of Newcastle, Australia.

After working for Thyssen Krupp Stahl AG, Duisburg, and Sal. Oppenheim jun. & Cie., Cologne, Benjamin Steinkrüger joined Ziems & Partner, Cologne, a renowned management consultancy specialised in the support of companies in difficult situations, where he worked for five years. As a consultant, he acted in an advisory capacity to medium-sized companies throughout Germany with special focus on the automotive supplier industry, the wood-processing industry, the real estate sector and the media industry.

In 2012 he joined Industrie Consult as partner and primarily advises medium-sized companies in the manufacturing and service sector. 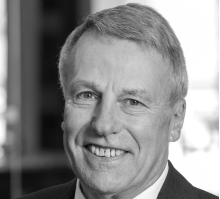 Rainer W. Thomas joined Industry Consult as partner in 2001. He has more than 25 years of professional experience in top management positions and stands out due to his extensive, in-depth knowledge in the management, development and restructuring of companies. These activities also include acquisitions and divestments of companies and business units.

Mr. Thomas knows our clients’ perspective from his own experience in negotiations with strategic and financial investors. 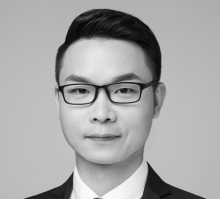 Since 2015 he has been working as Sino-German M&A expert and has been exclusive advisor in plenty of Sino-German M&A deals in the automotive, machinery, automation, new materials and medical technology sectors with project valuations ranging from 50 million to over 1 billion EUR. Mr. Zhang has gained profound cross-border M&A experience in a wide range of fields. Mr. Zhang holds a master’s degree from RWTH Aachen, Germany and a bachelor’s degree from Huazhong University of Science & Technology, China. Mr. Zhang speaks Chinese, German and English.